Environmental art involves the creation or manipulation of a large or enclosed space, many effectively surrounding its audience.  Architectural (including landscape architectural) design might be said to qualify as environment art, although the term usually refers to artworks that do not function as either of these kinds of environmental design typically do.  Several artists, many associated with American Pop Art -- like Edward Kienholz (American, 1927-1994) and Lucas Samaras (Greek-American, 1936-present) -- created tableaus in the 1960s and 1970s which were called environments.  Many earthworks would qualify as environment art too.

John Dahlsen is an environmental artist, who was born and raised in Australia.  He studied at the Victorian College of the Arts and at the Melbourne College of Advanced Education, where he majored in Sculpture, Assemblage, Installation, Public Art, Painting and Drawing with minors in Photography and Printmaking.  In Australia, Dahlsen is regarded as an award-winning artist and has won several grants from various funding bodies, as well as winning other significant acquisitive and non-acquisitive art prizes.  He has lectured at many Australian universities, and has been an invited speaker at architectural and environmental symposiums in Australia and Internationally.

For the last twenty years, Dahlsen has been holding regular solo exhibitions of his work, both in capital cities recently in Melbourne at Australian Art Resources and in regional areas of Australia, as well as internationally, where his most recent exhibition was at the Australian Embassy in Washington D.C. Later this year, he will be exhibiting at the Florence Biennale of Contemporary art.  Some of his creations involve making totem pole-like structures using found Coke bottles, buoys, and flip-flops.  He also uses driftwood, rope, and plastic items that have all been found on the beaches of Australia.  He manipulates these objects so no matter how different the items might be he makes them relate to one another forming an interesting art piece.

Along with the pursuit of his own artwork, Dahlsen has also been involved in many group exhibitions from year to year, with a current exhibition in which he is featured at the Powerhouse museum in Sydney, planned to continue until the year 2006.  His work was also recently included in a group show in New York.
Represented by major public and private collections across Australia, he is also in many International collections in Europe, USA and Japan.  He and his art have been written about in all the major newspapers and many magazines in the form of critiques and as articles and pictorials.  Radio and television frequently interview him about exhibitions and his work as an artist.

In an interview, when asked who played a special role in his artistic influence, Dahlsen was quoted as saying “as a young artist, I was fortunate enough to interact with many people who played a significant role in shaping the Australian contemporary art world.  Exposure to international art in London and Europe, in the early eighties, encouraged me to pursue my career as an artist.” In 1981, a defining moment was experienced at the Tate Gallery in London.  In a gallery space devoted to Mark Rothko, the American abstract expressionist, Dahlsen experienced the depth and commitment in his work.  The exhibition drew an intense emotional response from him, moving him to tears, and provided a level of inspiration that he had not experienced up until that point. “I can say that it was the sincerity and purity from within his paintings that moved me”, Dahlsen said.

A mere ‘accident’ in 1997 caused his creative medium to change from painting to found art.  He was collecting driftwood, on a remote Victorian Coastline, with the intention of making furniture and stumbled upon vast amounts of plastic ocean debris.  The new palette of color and shape had made such an impact on him and so a new art form was born for Dahlsen.  He finds it fascinating how the objects have been modified and weathered by the ocean and nature’s elements.

Dahlsen believes his art to be his spirituality.  “Over the past 20 years I have tried to maintain a pure commitment to contemporary art practice; I have never looked for a safe place to rest. What happens with my art generally runs parallel to my life, meaning that I learn from my art and apply some of these insights to my life and vice versa.  When I sense that I am becoming too comfortable in what I am doing I will consciously move on to something new.  For example, challenges in my personal life keep me on my toes and help me to extend myself more as an artist.  This is how my work is in a constant state of evolution.  (Dahlsen)”

I chose this artist for his imagination and usefulness of his art.  His sculptures spoke to me as Rothko’s paintings did to Dahlsen years ago.  In my own art, I also try to recycle old, misused objects and furniture and change them into something newer, even more beautiful.  It is seeing something in a different way, seeing how it can be used in a completely different way and that is what provokes intensity in me.  I use Dahlsen’s art to inspire me to go beyond myself and create something useful, something wonderful. 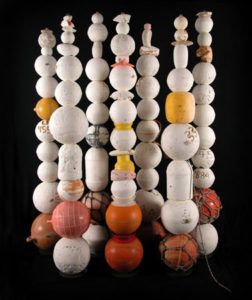 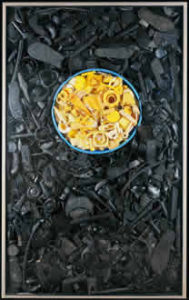 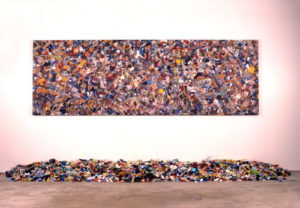 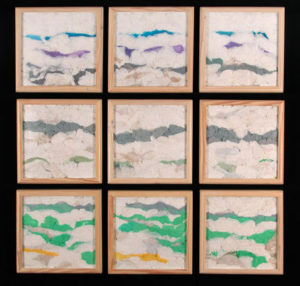 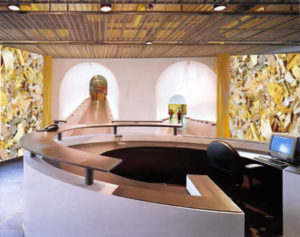 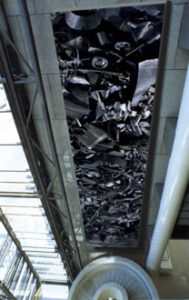 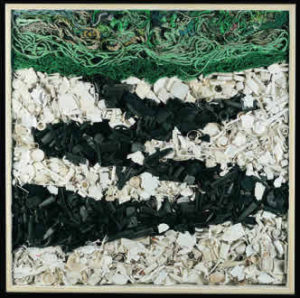