Photos of a golden pheasant in Hangzhou Safari Park are going viral on Chinese social media for the bird's resemblance to President-elect Donald Trump:

A journalist in Hangzhou noticed the similarity between Mr. Trump's mane and the pheasant's signature golden crest and took pictures of the bird.  As a result, social media dubbed him the "pheasant-elect." A giant rooster statue resembling Trump has appeared outside of a shopping mall in the city of Taiyuan, the capital of northern China's Shanxi Province.  China commissions Giant Rooster Statue looks like Donald Trump

So, Cao Mingliang commissions a Giant Rooster Statue that looks like Donald Trump.

This new bigly poultry statue was commissioned by the company which owns the mall, Cao Mingliang, the deputy director of planning department from N1 ArtWalk Mall, explained to CNN. He added that the giant rooster-Donald will be the mall's mascot.

"I think the rooster is very cute and funny, the hairstyle and eyebrows look very much like Donald Trump. I'm sure it will attract a lot of customers," Wei Qing, whose company Shenghe Yangtai Business is selling replicas of the rooster, told CNN.

Qing's company isn't the only one cashing in on the rooster phenomenon. CNN reports that at least four other stores are selling the rooster at prices ranging from $57 to $1739, depending on the size, and Cao says that more are on the way.

In addition to Trump's likeness, the Trump name also appears to be lucrative in China.

For example, Shenzhen Trump Industrial Co. employs 2,000 people and manufactures toilets and urinals for many different customers. Its founder, Zhong Jiye, told the Washington Post that the company was established and christened "Trump" long before it knew of The Donald, but the coincidence has benefited him.

"People think our brand’s name sounds similar to Donald Trump, and they are interested, because they want to sit on a toilet or use a urinal that has the name of the U.S. president,” he said. 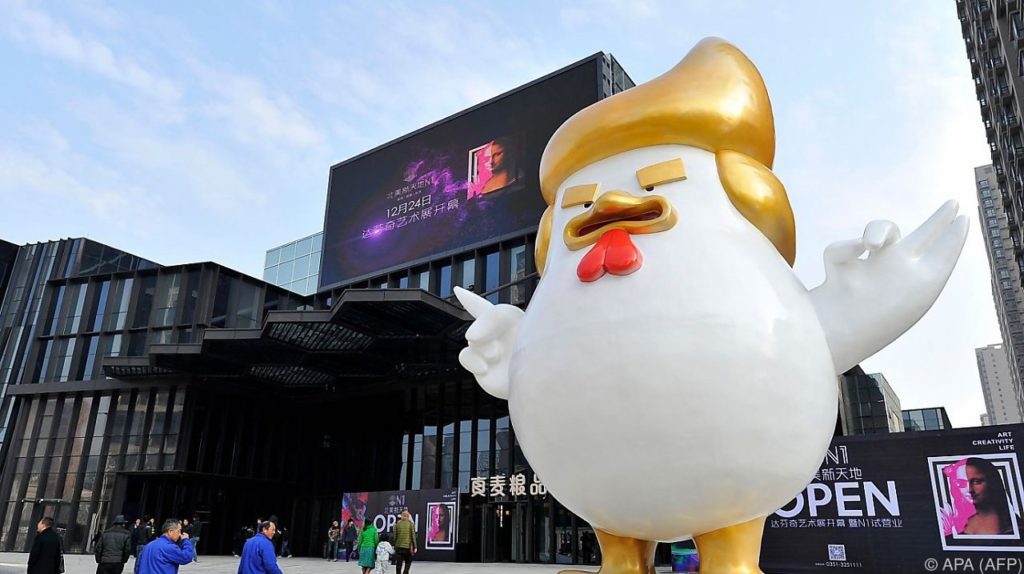 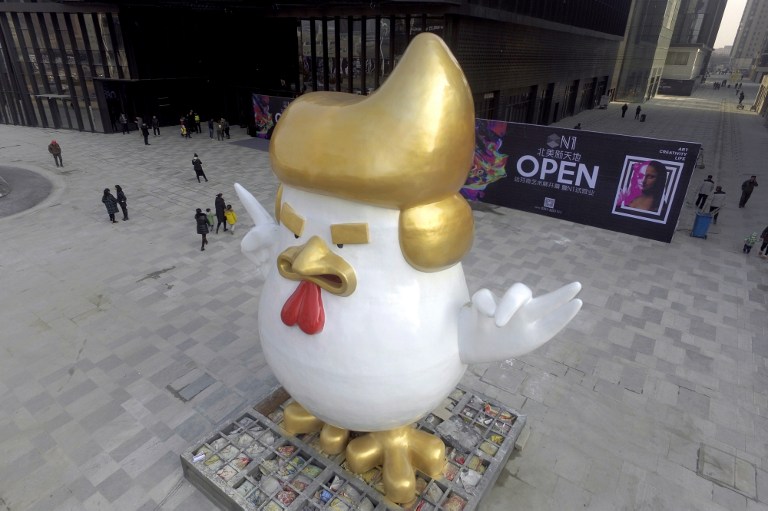